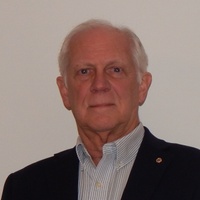 Stuart Nichols started his professional career in his family’s property and casualty insurance agency eventually becoming a partner. At the same time he obtained his life insurance license and eventually his securities license as well.  After selling his interest in the agency, he shifted his focus to become a financial advisor.

Other than four years at college, State University at Albany, he has lived and worked in Tupper Lake all his life. He is the father of one, his daughter Alicia owns and operates her own hair salon in Tupper Lake.  Outside of business, his interests include sports, cooking, and reading among other activities. He has been a Green Bay Packer fan since he was barely old enough to understand the game, and also follows the Yankees and Dodgers, but not as closely as the Green and Gold.  You might often find him curled up with a good book, or out bowling, golfing, boating, skiing, or hiking.

In addition to recreational activities he is involved in the community as an active member of the Tupper Lake Lions Club. Over the years he has held every local office, often times more than once. Currently he is working with other local business owners to re-establish the local chamber of commerce as a proactive business organization.